Procartoonists recently hosted a panel discussion labelled ‘OFFENSIVE WEAPON?’ at the North London Story Festival. The talk centred around the issue of cartoons causing offence and where to draw the line. I was joined by Carol Isaacs AKA The Surreal McCoy and The Guardian’s Martin Rowson. 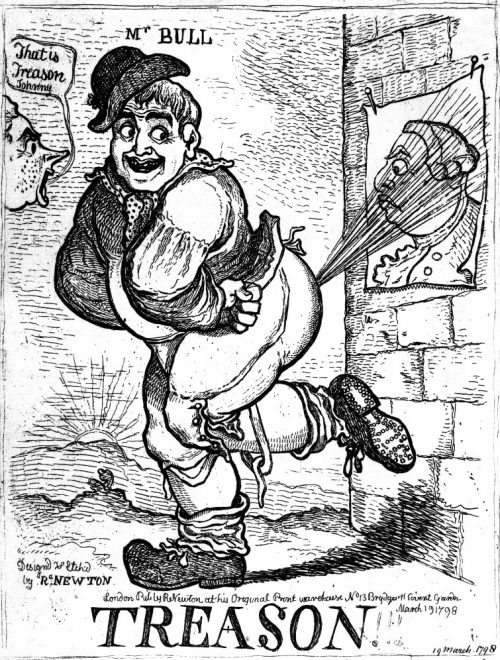 I opened with a brief look at the history of cartoons causing offence, including this one by Richard Newton in 1798, of John Bull farting in the face of George III – oh how we love a fart gag! Newton had his first cartoon published when he was 13 and went on to be supported by the radical publisher William Holland, producing further attacks not only on the Royals and Napoleon but also the slave trade. His short but prolific career ended when he died of typhus aged just 21. 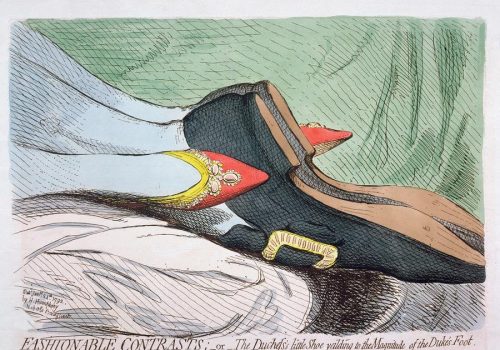 This cartoon by James Gillray of the then Duke of York could’ve been a recent cartoon about the current Duke of York – it’s regularly pastiched. It was deemed acceptable when drawn 1792, but when it was included in a collection of Gillray’s work in the more puritanical Victorian era – around the 1840s – the books were impounded by the police for being obscene. It was only deemed suitable for the public at large in 2009! 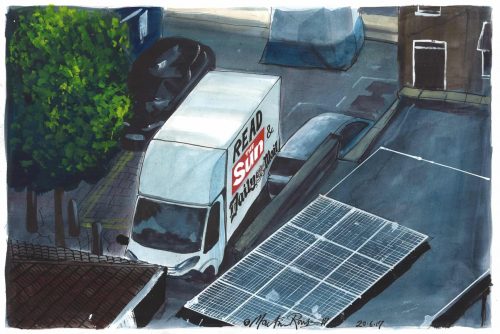 Martin mainly talked about his own experience with offence. The cartoon above from the Guardian was his response to the 2017 van attack on the Finsbury Park Mosque, a comment on how some of the print media can incite hate. 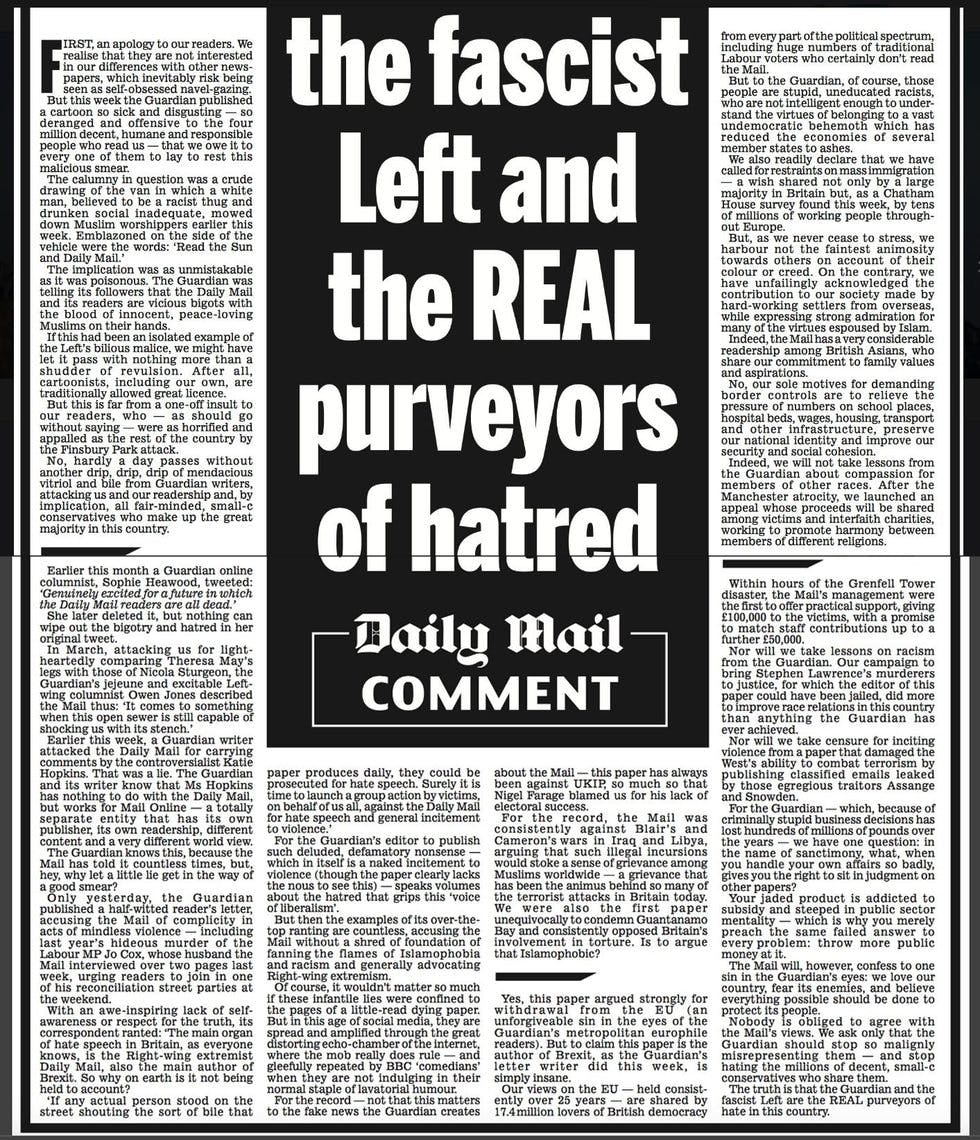 Paul Dacre’s Daily Mail went apoplectic with a front page banner raging ‘Fake news, the fascist left and the REAL purveyors of hate’ and went on to an outraged ‘comment’ page. Clearly Martin was doing something right!

Martin also talked about the Charlie Hebdo attack, paying tribute to the 12 people murdered including the four cartoonists above.

Carol, who is the PCO’s committee member for overseas, discussed issues around the globe of cartoonists who have been persecuted and censored. This covered many of the people we have campaigned for, along with our friends from Cartoonists’ Rights Network International 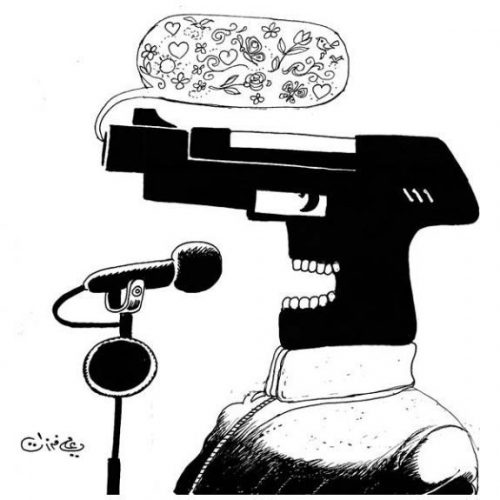 This is one of many great drawings Carol showed by the Syrian cartoonist Ali Farzat who has had a long history of being attacked and censored by the current regime for his work. He now operates out of Kuwait. 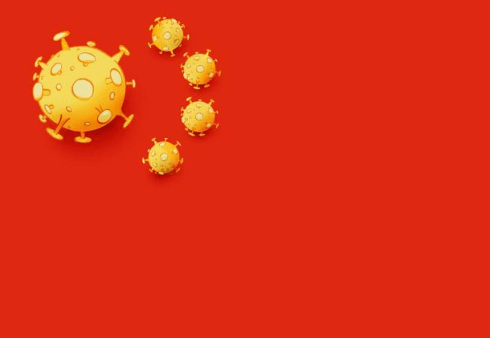 This topical cartoon by Niels Bo Bojesen from Danish daily newspaper Jyllands-posten published in January caused the Chinese embassy in Denmark to demand an apology.

Following our talk, we were fortunate that the next speaker cancelled, as we ran into a prolonged and lively Q&A. 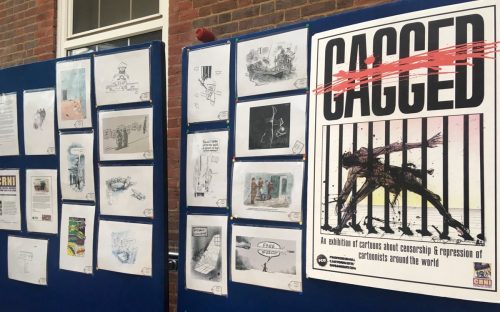 Our travelling GAGGED exhibition on suppression and censorship of cartoonists sound the globe also had an outing over the festival.

Thanks  to the festival organiser from Middlesex University for inviting us along.