Opinion: The Patron of the Arts 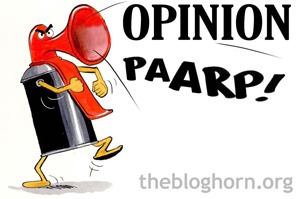 Mr Charles Saatchi has given the Nation a large lump of his contemporary art collection, and a gallery to keep it in. Can’t say fairer than that.

Sometimes, when we’re told that “the Nation” has stumped up daft money to keep Ravioli’s Temptation of St Botolph from disappearing into a foreign millionaire’s vault, I idly wonder, as a tiny part of the nation, whether I even had an opinion.

I can’t do that about Mr Saatchi’s munificence, though. It’s a gift. Although I do think there are still a few questions floating about. Don’t some of the items in the gifted collection already belong to people?

For example, I could have sworn somebody had bought Tracey Emin’s famous bed. Perhaps they were similarly kind and let it stay in the collection rather than carting it home to make a statement in the atrium, or to upset visiting relatives.

Or maybe they left it because the power of the piece depends on the juxtaposition of the objects within it (an art critic told me that, so it must be true). It would be expensive to keep having Trace pop in to rearrange everything after the Help had tidied it up a bit.

And which bits of “the Nation” will appreciate Mr Saatchi’s kindness? Presumably the artistic gurus who tell us what is or isn’t in this year.

Meanwhile, an art-form with a far wider appeal – UK cartooning – stutters along, self-helping as usual. Apart from a few notable, contemporary exceptions, it appears to be regarded by the artistic hierarchy snootily, and from a safe distance.

“What about Rude Britannia?” I hear you cry. Yes, it’s very posh. Lots of fanfare, but curated mainly by whom? There is due deference to Gillray and super stuff from Bell and Scarfe and Rowson … but how little Carl Giles, no Larrys, and how many Bill Tidys? These last drew, observed and commented on the way of the REAL world. And they were funny. That is cartooning’s Achilles heel. No matter how well drawn, coloured, observed a cartoon is, if it makes you laugh its not “Art”.

Good cartooning is as much an art-form as Ms Emin’s bed. And it relies on tiny, feisty outfits like the Cartoon Museum to keep banging on about it. What they could do with a new FREE gallery!

PrevPreviousCartoonists in the Dragons' Den
NextThe DFC could make a comebackNext