Recognition for PCO duo’s efforts in support of Atena Farghadani 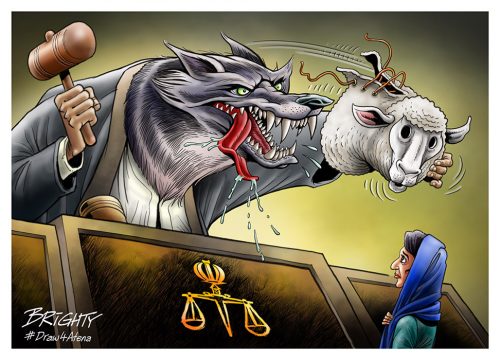 As is well known, the French take caricature and cartooning rather more seriously than we tend to here. Each year since the early 1990s, academics at the University of West Brittany, through EIRIS (l’Equipe Interdisciplinaire de Recherche sur l’Image Satirique), have published ‘Ridiculosa’, a weighty (300-plus pages) review carrying learned articles on the uses of caricature past and present.

This year’s volume contains a 23-page piece by Margarethe Potocki looking into the range of cartoons created in the wake of Atena Farghadani’s arrest in Iran. I’m pleased to report that this includes a page each on contributions from two PCO members, Steve Bright and, er, myself.

More importantly, having been sentenced to 12 years in prison, Atena was released last May after 18 months. But at considerable cost to herself. As this from Amnesty International makes clear.

The cartoonist should never have been imprisoned in the first place and was badly maltreated and abused. She had a virginity test forced upon her (shaking hands with her male lawyer was deemed a sexual act and further crime) and suffered a heart attack in consequence of hunger strike. Her release came with a 3-year suspended sentence, the Iranian regime’s way of silencing critics.

While Steve and I doubt whether our own drawings can have made any possible difference, the whole unhappy saga (Atena’s offence was to draw politicians as goats) must give anyone cause to think hard about any involvement with the state-sponsored Iranian House of Cartoon. 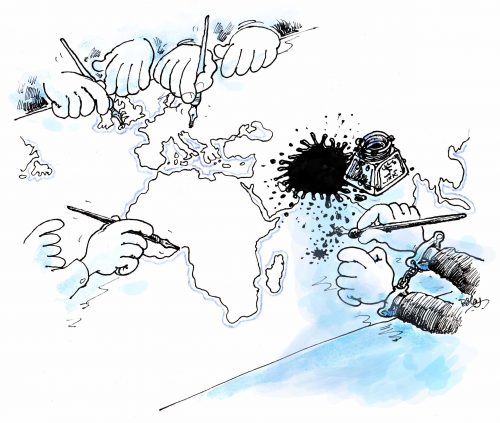 Yes, it was great to hear of Atena’s release (even with strings), but she should obviously never have been imprisoned in the first place, and it’s a sobering reminder that some of the freedoms we all take for granted are, depending on your geography, very real dangers involving acts of tremendous courage. I hope and pray she never has to go through anything like that again in her lifetime, and that she can find a place to create meaningful art without fear.

Contributing to the campaign for her release through our own cartoons was, by comparison, a very easy decision and simple process. Small beer. As Rupert says, we’ll never know whether our drawings helped (it did cross my mind that they may even hinder, if the authorities dug their heels in against the protests from afar), but even if it only helped us, to know we’d done something to show support against this repugnant injustice, and others like it, then it was well worth the doing. Anything more than that would be a bonus.