Satire on the Front Line 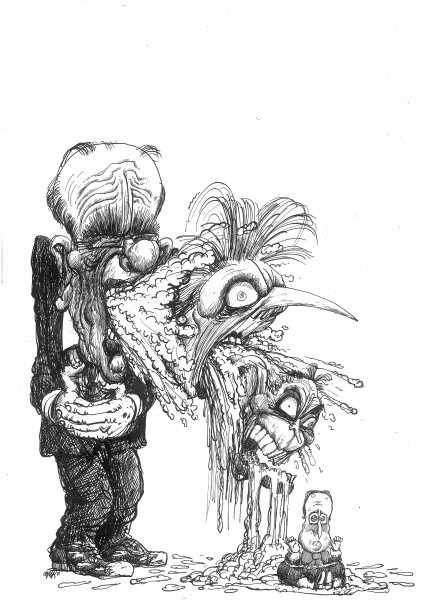 Indian human rights defender Aseem Trivedi has been arrested, imprisoned and shut out of mainstream Indian media for his powerful ‘Cartoons Against Corruption’ series. When Aseem was imprisoned in 2012, the Guardian’s celebrated political cartoonist Martin Rowson drew a cartoon condemning his arrest. Today, Aseem is a renowned advocate for detained human rights defenders around the world. He has drawn cartoons in solidarity with activists including imprisoned activist Nabeel Rajab in Bahrain and detained blogger Raif Badawi in Saudi Arabia. Aseem will join Martin in London to discuss, draw and debate freedom of expression and solidarity across borders.

The event is hosted by Front Line Defenders, English PEN, PEN International and Index on Censorship.

To find out more and / or book tickets, check out this article on the English Pen website.

Thanks to Glenn Marshall