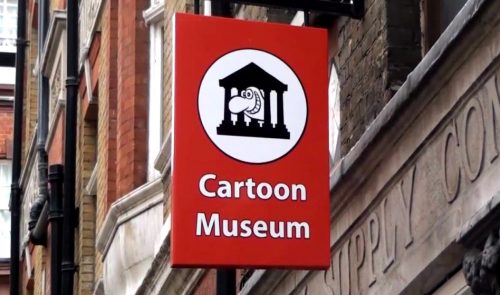 The Cartoon Museum announced its exciting plans for a relocation to a new space at the launch of the ’50 Glorious Shows!’ exhibition last Wednesday. 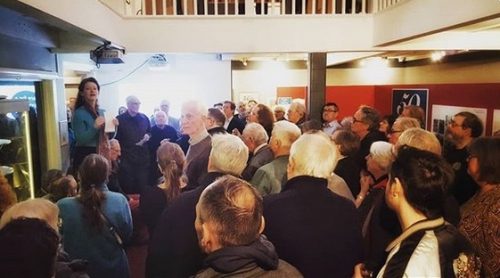 The move has been necessitated by a severe rent rise at the current location.

The new museum will be housed at 55 Wells Street, which is north of Oxford Street in Fitzrovia, close to the BBC and Westminster University. 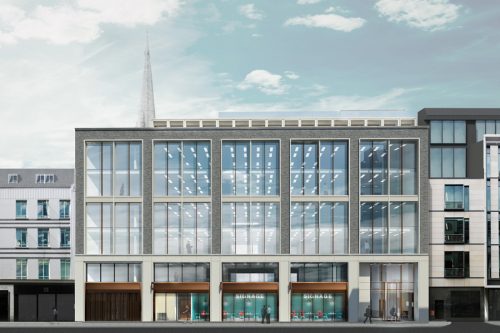 Artist’s impression of the new building.

It’s a great basement area, which at 4,200 sq ft is the same size as the current museum but it will have a higher ceiling. As part of the new build – by developers by Great Portland Estates – the Museum has secured a 25 year lease at a peppercorn rent (ie. no rent for 25 years) It is scheduled to open early in 2019.

Detailed plans of the new space are on display in the gallery.

The Museum is open to hear ideas and suggestions for the new location. 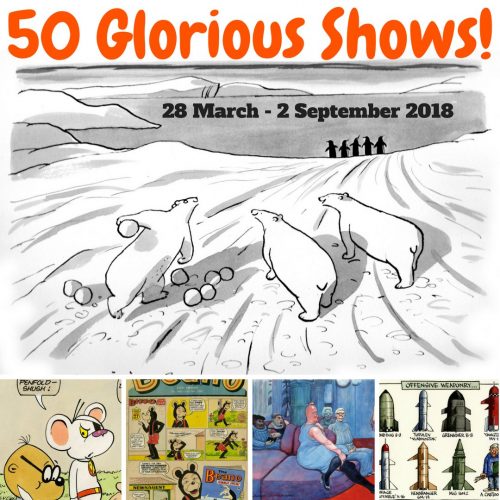 The varied ‘50 Glorious Shows!’ exhibition showcases what the Cartoon Museum has achieved since being at its current location, 50 being the number of exhibitions it has staged. It features original cartoons and comics from over 170 cartoon creators. 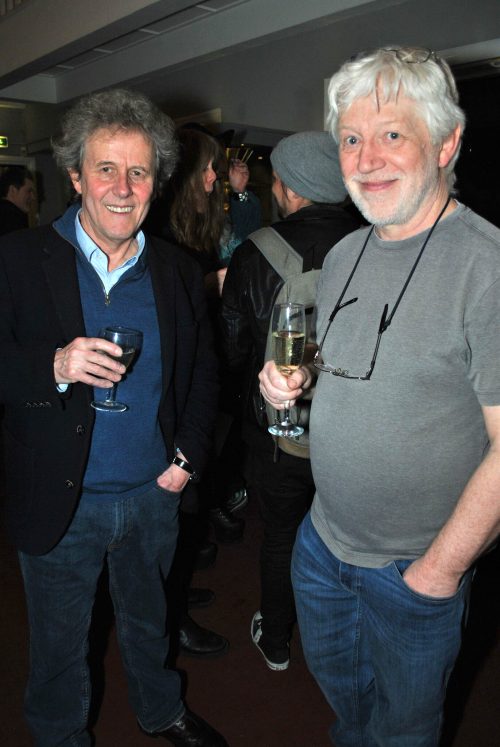 Since the museum moved to Little Russell Street twelve years ago its collection has risen from 1,500 cartoons to now over 4,000, these acquisitions mostly coming as donations.

The exhibition runs until 2nd September 2018.