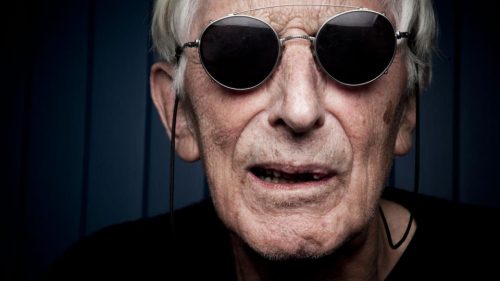 I’m easily influenced by all sorts of things around me, as Tomi Ungerer said ‘I’ve always been a sponge, just absorbing whatever I see, whether it’s in daily life or in art’, and Ungerer, who sadly died last week, was particularly inspiring and influencial to me. I love his varied, playful and boundary-pushing work. He was often subversive and outspoken, and he saw himself very much as a satirist. This is a great quote taken from the Tomi Ungerer official website:

‘Satire is the outlet for my revulsion towards a society turned into a pigsty by materialism, consumerism, greed and arrogance. I have particularly aimed my pen at the bourgeoisie and its hypocrisy. I am a satirist to this day though more so in the medium of writing, collage and sculpture. I have been reproached for being obscene in my depictions, but what can I do, society is obscene and my drawings reflect this. And without mercy!’

I also love how he could turn his hand to many disciplines, including painting, collage, print-making, cartoons, graphic design and sculpture, often with a skewed and rebellious humour. 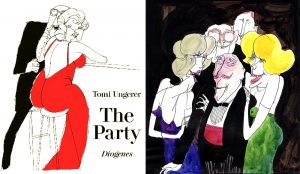 Over the years he produced over 140 books. The Tomi Ungerer Museum which opened in 2007 in Strasbourg, his town of birth, has around 11,000 pieces of his work (I’m not even up to treble figures yet!) 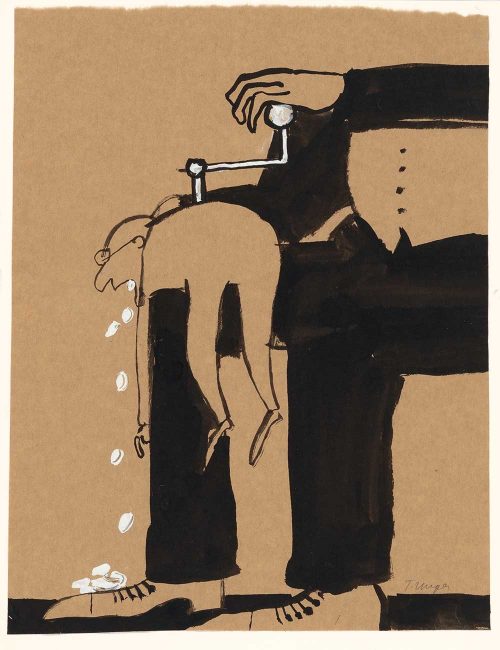 I particularly liked the brisk drawings he did with huge paintbrushes and with very limited strokes; you can see him in action in the fantastic 2007 biographical documentary ‘Far Out Isn’t Far Enough: The Tomi Ungerer Story’. The title is lifted from his 1983 illustrated book about his years in Canada. Many of his drawings are wonderfully animated into life in the film too. It’s well worth seeking out. Trailer here

He was born in 1931 in Strasbourg, growing up under the German occupation of Alsace during World War II which greatly affected him. In a very recent interview with The Comics Journal he is quoted as saying: “I was brought up and educated with hate, hatred of the neighbours, hatred of the Germans, hatred of the Catholics. It was nothing but hate, hate, hate.” 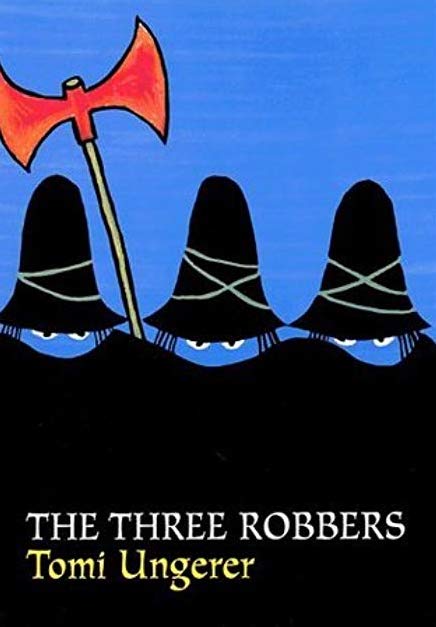 Cover for one of his most popular early children’s books ‘TheThree Robbers’ 1961, © Tomi Ungerer

After traveling around Europe he moved to New York with just $60 in his pocket and a case crammed with artwork and manuscripts. He’d always been inspired by Saul Steinberg and other artists in The New Yorker so it seemed natural for hm to move there. He soon picked up illustration and advertising work for publications including the New York Times, Life magazine, The Village Voice and Harper’s Bazaar and started getting his children’s books published. 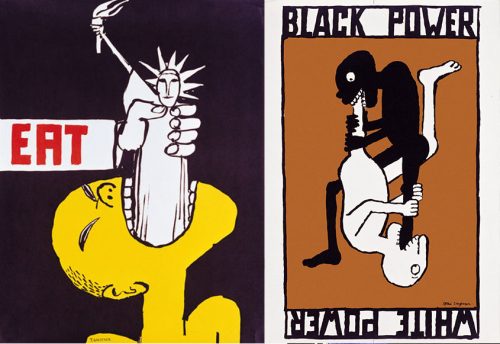 In the late ’60s he became more political, making posters against the Vietnam War and racial segregation. He believed he was being watched by the FBI for his political views and indeed was taken away and interrogated after a trip to China.

It was at this time he started publishing (very) adult illustrations in his books such as ‘Fornicon’ (don’t look them up on a work computer!). This lead to a backlash particularly as he was mostly known for his writing of children’s books.

For these reasons much of his work became blacklisted with many of his books removed from libraries. In 1970 he escaped to Nova Scotia before moving to Co.Cork in Ireland with his third wife Yvonne Wright in 1976 where he settled until he died aged 87. 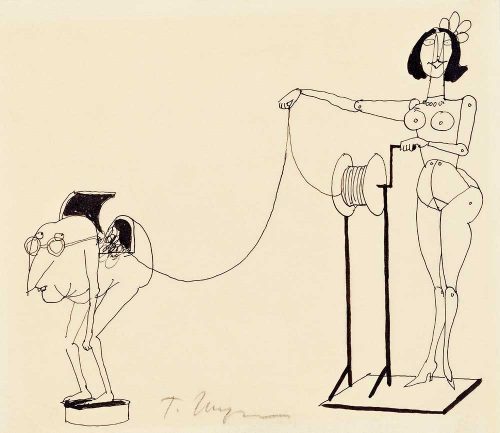 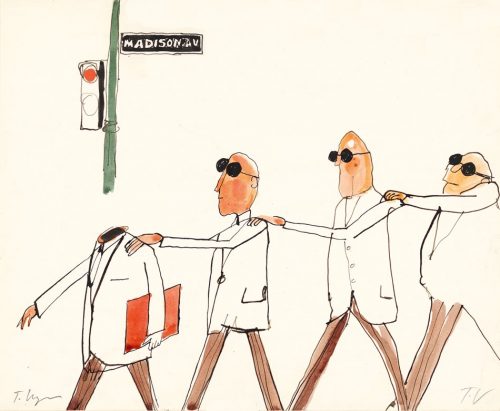 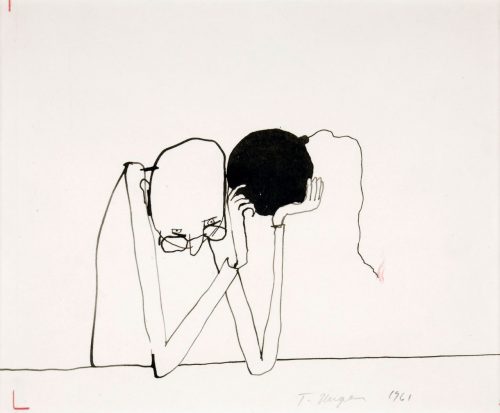 The above three drawings are from the book ‘The Underground Sketchbook’ 1964, © Tomi Ungerer

There are two big exhibitions opening in Paris this spring that he’d been working towards. I certainly plan doing a Eurostar mini-pilgrimage to those. I will add the exhibition details when they are available.

Our commiserations to Tomi’s family and friends.

NB: I’m indebted to the fine obituaries in The Irish Times and The New York Times that I mined for biographical detail. There is also a good interview with Ungerer on Design Boom