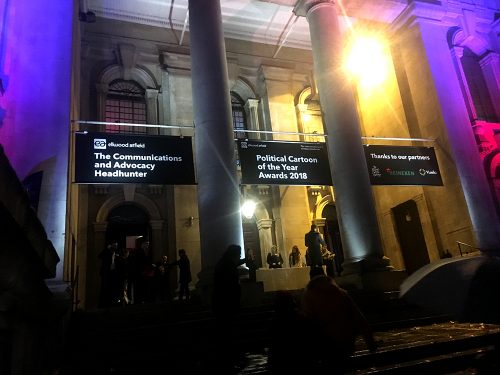 The Political Cartoon Awards have been running for 18 years now, but this year there was something new. The event takes place in a large, swanky hall in central London with subdued coloured lighting, tasty little unidentified canapes being offered by attractive young people and more free booze than anyone has time to drink. The nominated cartoons appear on three enormous screens and, in the very centre of the room, stands a black box surrounded by voting slips. It’s a seriously impressive affair.
At 7pm precisely the voting stops and ballots are counted (probably in a secret room by someone wearing white gloves, I don’t know I couldn’t see that bit) and the winners names are entered into the gold envelopes. 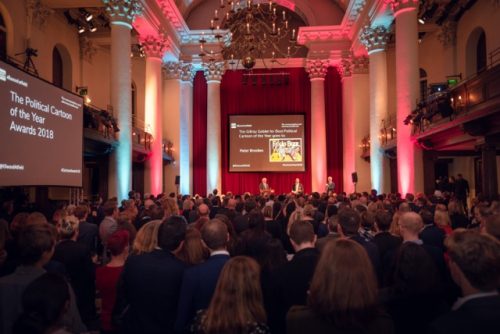 For the last 18 years there have been awards for the country’s best political cartoon and best political cartoonist. These are the fine, upstanding chaps (pretty much exclusively chaps) who draw the editorials for the nation’s newspapers and this year was no exception. Steve Bell, Brighty, Ben Jennings, Mac and other household names were in the running. The ‘new’ element for 2018 was the addition of two awards for pocket cartoons, sponsored by the PCO (Professional Cartoonists’ Organisation – aka: us) to celebrate the work of those other cartoonists not lucky enough to have a regular gig with a national publication.

Once the gold envelopes had been stuffed, the speeches began. The evening’s host, Ben Atfield, managing director of the event’s major sponsor, Ellwood Atfield, kicked everything off and introduced his fellow organiser, Tim Benson of The Political Cartoon Gallery. Dr Benson’s speech was unusually tame compared to his normal performances which have long divided audiences into warring factions, mostly along the lines of those who were born in the fifties and those who were born sometime thereafter. He noted that he had been ‘neutered’ which presumably meant he had been ‘asked to tone it down a bit’ for the sake of everyone’s blood pressure. Some cartoonists who normally appeared at the event, notably the Guardian’s Martin Rowson, were boycotting it this year and a lively Twitter spat was in full … er … spatter so there was an underlying current of controversy in the air but luckily nothing controversial happened. The Doc, however, did find time to plug his new book which is, after all, what it’s all about. 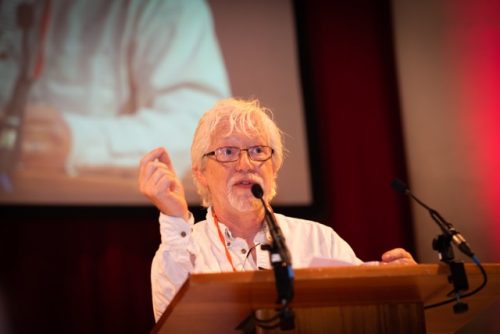 Clive Goddard at the podium.

Then came my turn to take the podium. As chair of the PCO I’d been asked to say a few words about the current state of cartooning in Britain which, inevitably, resulted in a few minutes of moaning about how dire it has become. I had been asked to keep it light and not to mention gender but as the inclusion of the pocket cartoon awards had tipped the gender balance to include more women it would have been churlish of me not to welcome the change. The fact that I already knew the inaugural ‘Pocket Cartoonist of the Year’ award had been won by a woman made it a little hard to conceal my pleasure. 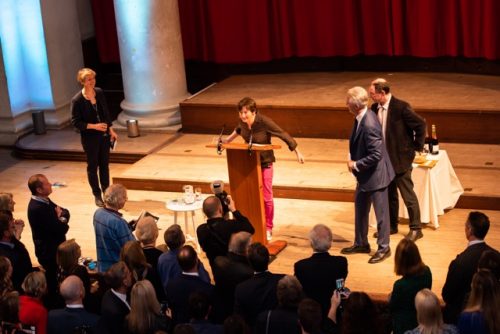 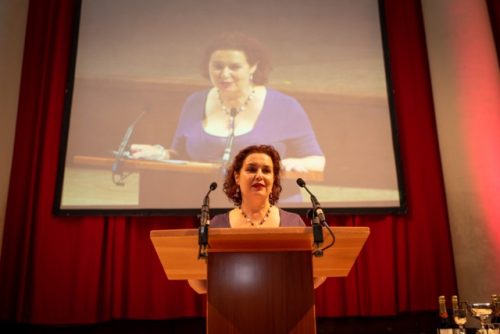 Next up was Claire Calman, daughter of the late Mel Calman, a pocket cartoonist’s pocket cartoonist who we sadly lost back in 1994. She was followed by Labour’s Yvette Cooper, member for Normanton, Pontefract and Castleford and wife of some bloke who is famous for dancing on TV. It quickly became clear that Yvette had not received the memo about avoiding the gender issue (or had chosen to ignore it) and gave a strong, impassioned speech about improving the representation of women in the cartooning world. There was much applause and the peasant folk did sing and dance in the streets with joy.

Last to the microphone was one of the twenty seven ex-Brexit ministers in attendance that night, David Davis, who much to his credit then hung around for the rest of the evening chatting to the proles and doing his best to use up the remaining free Heineken.

The winners were as follows: 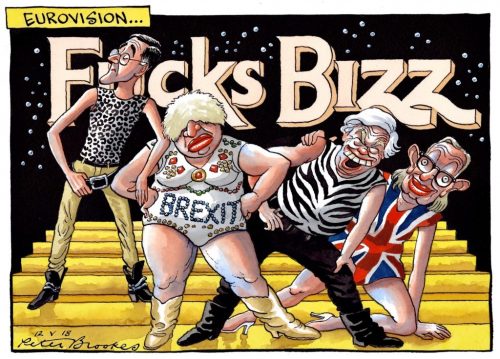 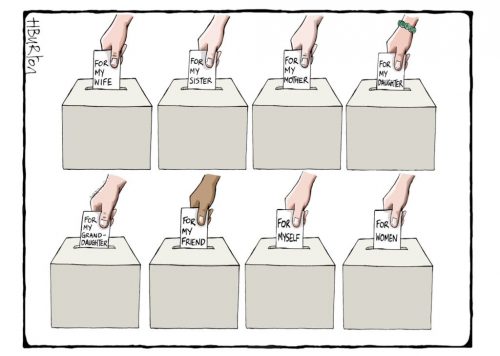 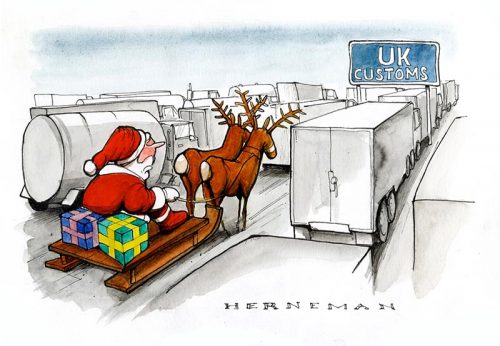 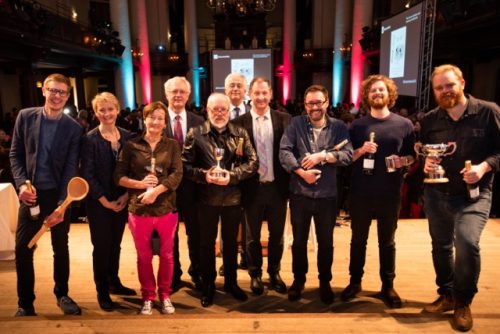 The winners and presenters.

The new awards themselves are a pair of chunky transparent doorstop type things made from the finest hand-crafted Tibetan resin and laser etched with a Calman original and an Osbert Lancaster, both funded by the PCO (Hooray for us). All in all it was a very good evening. No bloodshed, very little vomiting and a lot of love and respect shown for Britain’s cartoonists. The PCO walked a successful line through the controversial bits and established a wider, more inclusive view of what constitutes a political cartoon. (Hooray for us again!). Congrats to all who have pressed for it.

Next year it will all be smooth sailing.