How to illustrate your point… 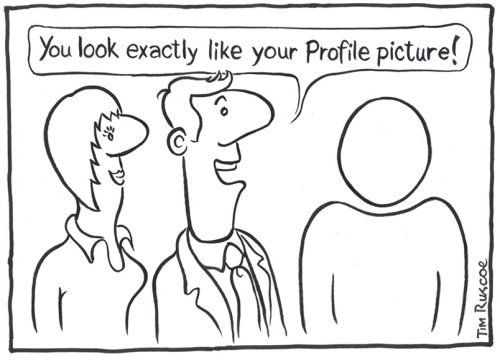 “At simply-communicate we know that cartoons are magnets to draw our readers’ attention so we can land messages with impact. And Tim’s work is both funny and memorable – whenever an article is illustrated with one of his jokes it gets twice the attention.” 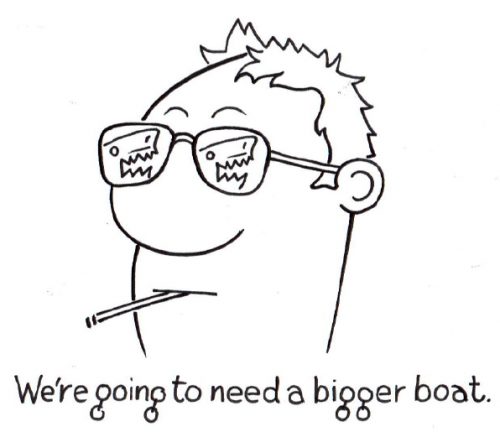 A phrase originally used by the well-known actor Roy Scheider in the 1975 blockbuster ‘Jaws’. He utters the line when he gets a good look at the size of the shark that is circling the small fishing boat he is on. Used in day to day life when a situation seems insurmountable. The film crew when making Jaws use this line all the time to indicate any problem that popped-up, a short cut to a description as to what is required to sort a job out but in a humorous way.

We use humour in so many ways, to emphasize a point, to change a relationship or a way of seeing the truth. Like irony! They say Americans don’t get it, ‘We’re going to need a bigger metaphor’

Getting your story told by communicating in words can have its problems with holding the attention of the reader, in film there is always something going on visually to hold the viewer until the interest returns, reading a dull section can switch you off and that is why illustrated text came in to being.

What do you get from this Six Nations Rugby blog banner with its French Title?

The blog described the way England play to the way the French move the ball around, making for an interesting battle, so the differences depicted are intriguing in many way to the reader. The idea of actually eating a snail is hilarious!

I illustrate with cartoons for Internal Communications, helping to tell a story, engage and entertain, by challenging the reader to interact with the writer as to what they have seen.

A piece on booking the right venue for a meeting- 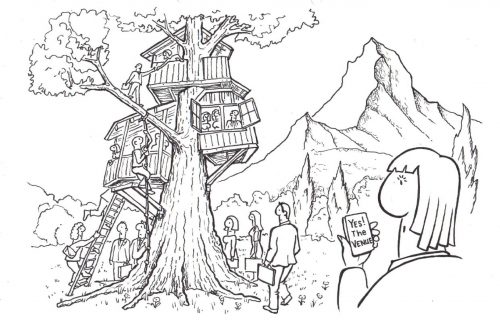 ‘’You think that’s funny I had that experience at…’’

‘’Is that the Matterhorn mountain in the background?’’

Being sympathetic to someone’s lot show your understanding of a situation, helping to keep morale up. Let the team’s feelings about the difficulties and changes that are going on be recognised, to say ‘’Hard luck but move on” won’t help these feelings and only result in employees becoming disengaged.

Pitching for a contract and not winning can be devastating, yet you must bounce back and do it all again and better! May be it wasn’t your entire fault… 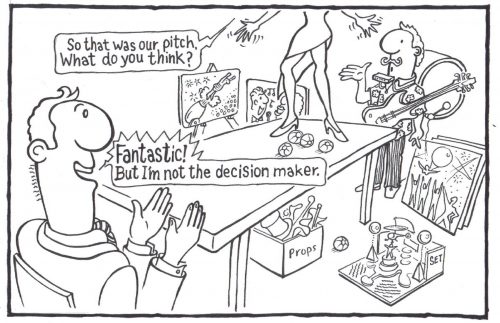 Celebrate victories and examples of excellence both formally and informally. During times of difficulty, it is especially important for employees to feel like winners. 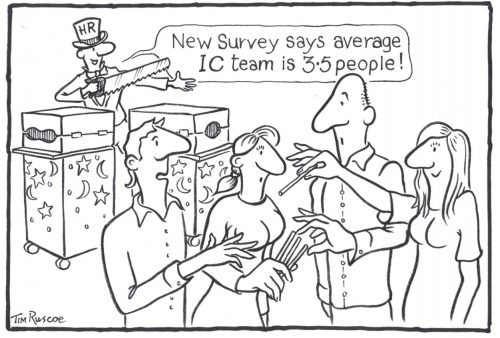 For some situations you have to be in the know to get the joke, it may be you have to be an employees to ‘get it’ this is a good thing as it shows your all united you all understand what’s been going on in the company, just made for Internal Comms with their finger on the pulse.

How the author’s brief develops into the cartoon, it can be a list of facts and fiction to combined in to one drawing, current goings-on’s, maybe you have a joke that needs illustrating. I start with a rough first draft, we talk, we change or add stuff, when you’re happy I make the artwork in black ink, I can colour it up if required, I can animate it to a sound track, this is a great way to bring a process or tutorial to life keeping the viewers attention.

A private joke that only one department will truly understand creating interest from everyone, prompting interaction and engagement from others. 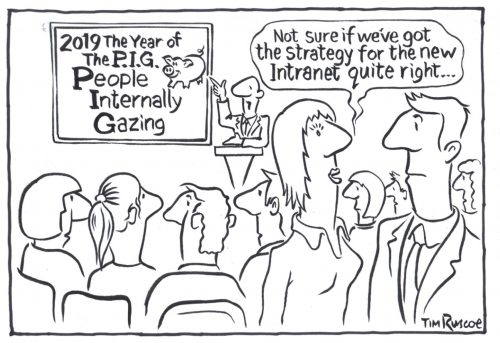 Private joke – See what I mean?

Many different seasonal reasons to make people smile, linked to work so sharing a common ground, a reminder to what’s on in a witty or just silly cartoon to send you on the way home. 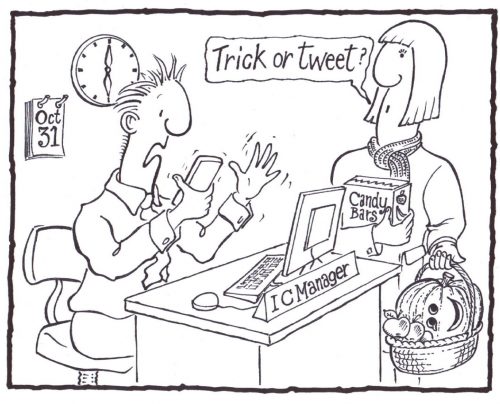 A writer can engage and inspiring people through compelling stories and analogies.

I don’t think there is any subject that can’t be made into a cartoon? 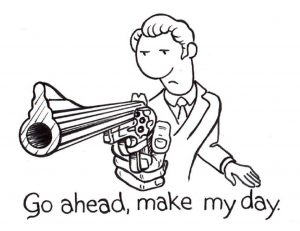