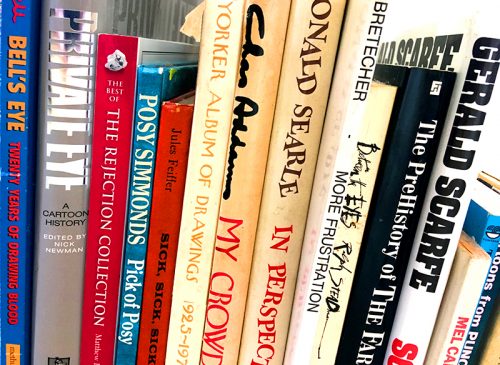 We’ve been talking in the inner sanctums of the PCO forum about favourite books on cartoons/cartoonists. Here I share some of our choices:

I could easily have gone with Sempe, Stauber or Ungerer – Steadman, in particular, was a really close call – but Matt Jones’ mighty labour of love blew me away. Ronald Searle should be worshipped as a god. 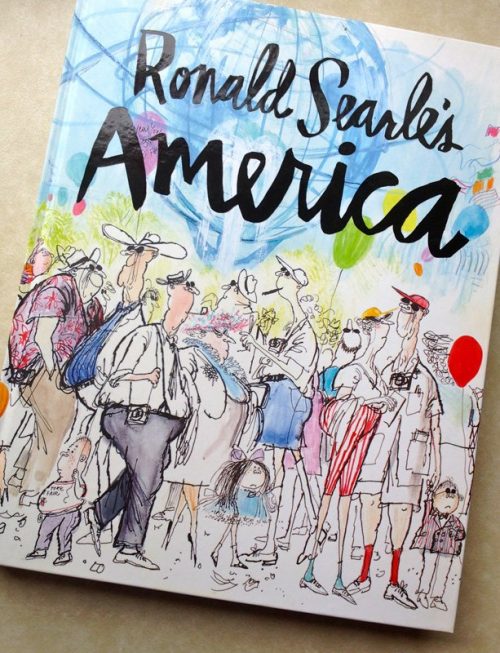 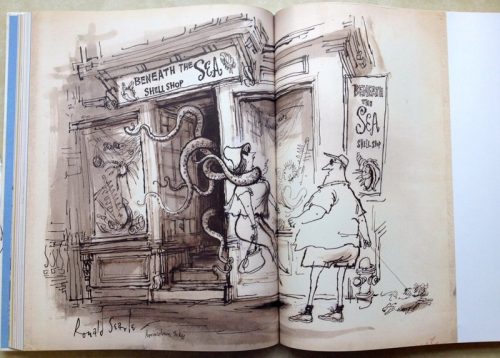 Apologies for blatant trumpet blowing and self promotion. It was a long time ago (1982). It won’t happen again. When my cartoon career first took off in 1976 I had quite a purple patch (now a long distant memory!) where everything I touched seemed to turn to gold (plate)! Today I’m scratching around (does the Weekly News still take gags??) but I can look back at those early successes with a nostalgic eye and be somewhat grateful that there was a thriving market where a half decent cartoonist could get his/her foot on the ladder. 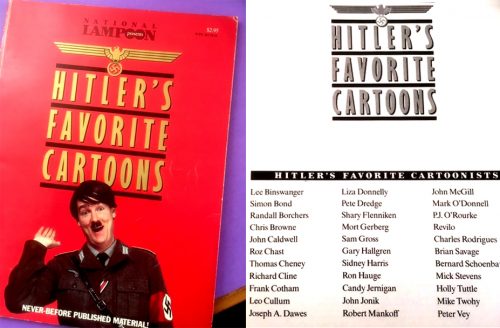 To be included in that list of Hitler’s favourite (mainly US) cartoonists still gives me a thrill. Whatever happened to those other guys?

Here’s a sample page from that tome: 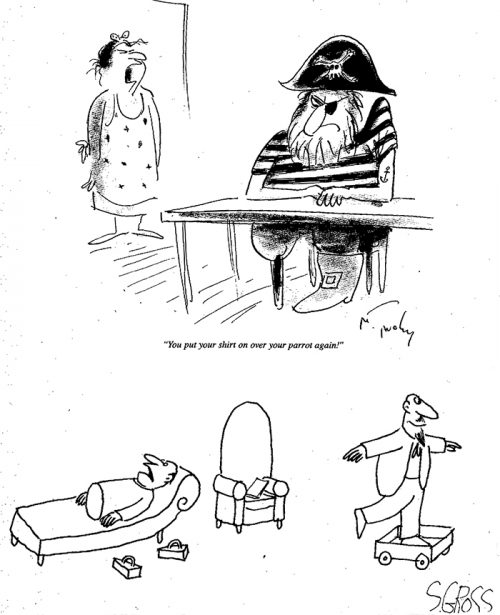 No question which for me. It’s the book I grew up with and where I first discovered the joy of cartoons. Four books actually (Down With Skool!, How to be Topp, Whizz for Atomms & Back in the Jug Agane). My father was a headteacher and a new volume arrived each Christmas, to be fought over by the rest of the family for the rest of the year. The cover below is from a later omnibus edition. 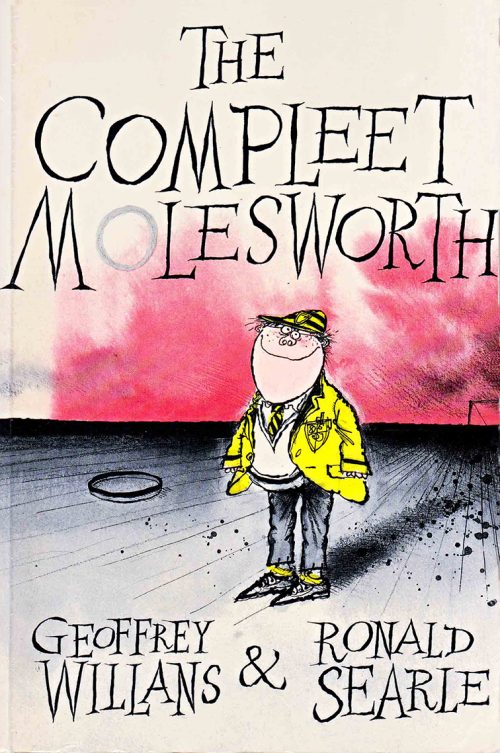 The Willans/Searle collaboration was that rare thing in books, a perfect meeting of brilliant minds, with text and illustrations equally superb, each enhancing the other. And just as funny 60 years on.

A Searle book was the first thing to come to my mind, too. We could probably do a blog post purely on Searle books! 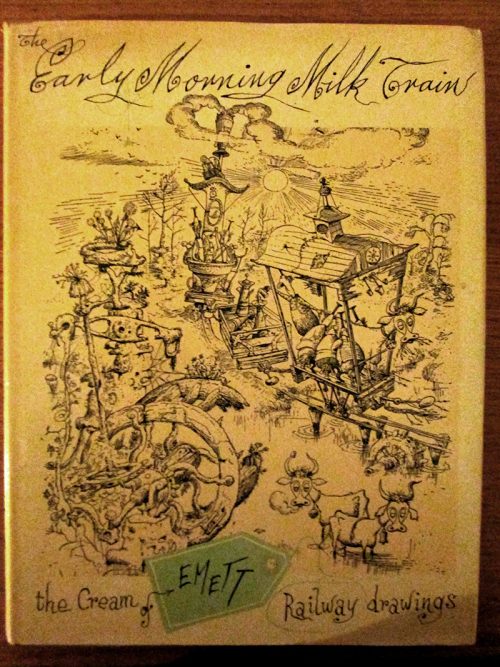 To throw in something different, then, here’s a collection of the also brilliant but considerably underrated Rowland Emett. What I love about Emett is the way he caricatured not just people, but trains and other vehicles, buildings, trees… everything! An absolute master of composition and chaos. Richard Ingrams once told me he didn’t like Emett’s stuff, it was ‘too spidery’, I think he said. The utter heathen.

The Complete Molesworth is a strong contender, but perhaps ‘Bert Fegg’s Nasty Book for Boys & Girls’ does it for me. A friend gave me a copy of it when I was 16, and it was the first time I’d come across the work of the sorely-missed Martin Honeysett. 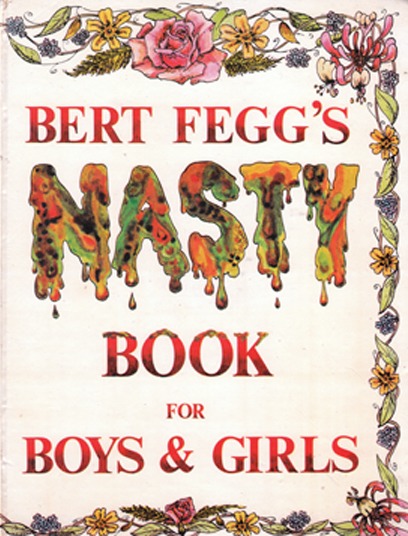 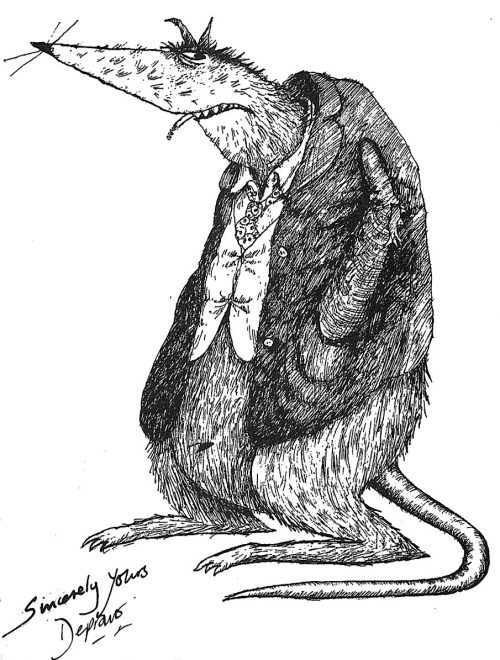 Russell Brockbank was a very early influence. He had a cartoon in the back of the weekly The Motor in the 50’s and 60’s. I read that mag every week as I was keen on cars (Dad worked for Ford’s) and loved the weekly dose of Brockbank humour. Over The Line is a typical collection, published in 1955. 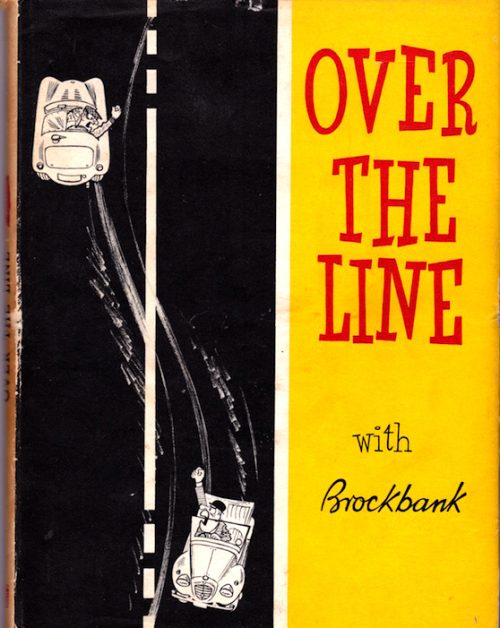 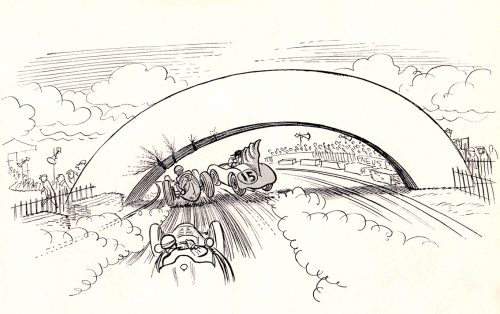 Always enjoyed Philip Thompson and Mel Calman’s work together over many years. 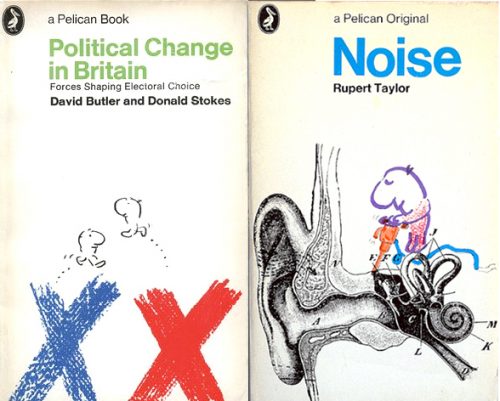 This was bought for me on Christmas 1981 and the foreword is by Tom Wolfe. It is a definitive collection of the finest satirical cartoonists from all over the world covering from the 60s to the 80s. Bletchman, Booth, Descloozeaux, Feiffer, Francois, Flora, Gorey, Koren, Bill Lee, Le-Tin, Levine, Mihaesco, Myers, Osbourn, Rauch, Roth, Searle, Steadman, Sempe, Sorel, Ungerer and Wilson. The young cartoonists brain couldn’t want a better introduction to satirical cartooning than this book which explained to me the sheer width of styles and scale of ambition ideas and narratives could have. If you haven’t got it, you should get it. Without it I probably wouldn’t have become a cartoonist. 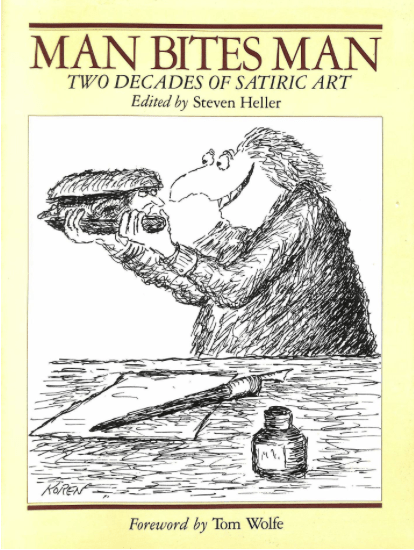 I could quite easily have plumped for the wonderful ‘Ronald Searle’s America’ book already chosen by Jonesy but instead I’ll pick this one on Timothy Birdsall (who Searle was a fan of) given to me by a friend. Shamefully I didn’t know his work at all, which appeared in Private Eye, The Spectator and The Sunday Times. He was more widely known for his regular appearances drawing live on the BBC show ‘That Was The Week That Was’. Here he is explaining how political cartoons are made. 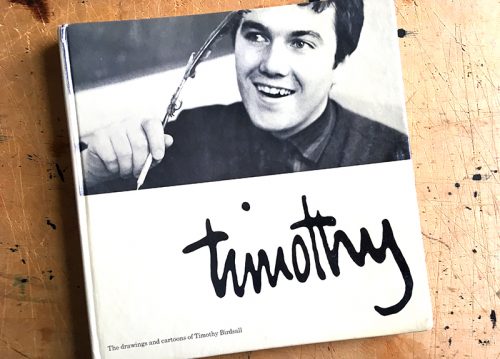 I love his smudgy and yet detailed style. Sadly he died tragically young aged just 27 in 1963. 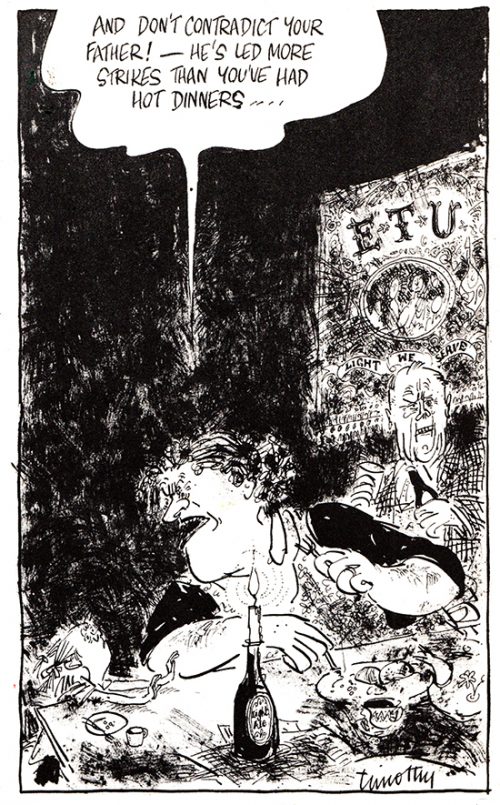 There should be a few suggestions here to send you scurrying to eBay but what are your favourites? Let us know in the comments section below.