Nick Newman, one of the UK’s best and most prolific gag cartoonists, has written an article for this week’s Spectator about the challenges facing our art form. He very kindly gives me a mention.

It makes for sobering reading: the number of open-call outlets for cartoonists has dropped massively in recent years; meanwhile, younger artists seem to be dissuaded by the likelihood of rejection, or simply prefer the perceived glamour and relative accessibility of monetising their work through social media platforms instead.

These are trends I recognise. When I was starting out as a cartoonist in the 2000s, more experienced nib-wielders would often tell me how unlucky I was to have missed out on Punch (which had folded several years earlier) – a magazine that would publish dozens of gags per issue, often phoning cartoonists out of the blue to offer them a double-page spread on which to go crazy.

These days, Private Eye is the undisputed champion of gag cartoons in this country, and I’m delighted to be counted among its regulars. The Spectator and The Oldie also provide a fair few spots – and encouragingly, there are new titles embracing the art form, such as the recently launched Critic magazine.

The issue of young cartoonists coming through is a tricky one to solve – and something of a doubled-edged sword. 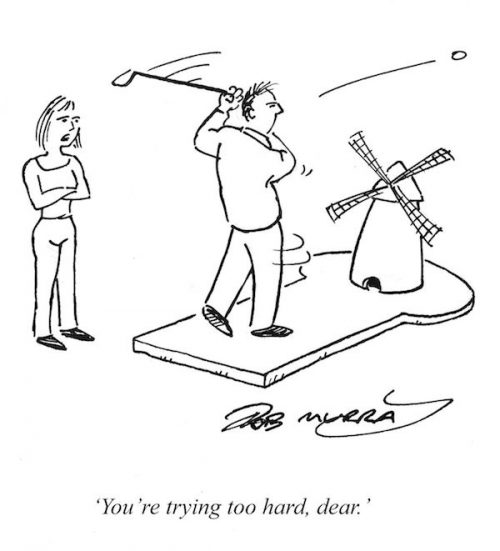 I sold my first cartoons to Private Eye and The Spectator when I was 26; I’m now 39 and I’m only aware of two – yes, two – cartoonists younger than me who currently sell to these magazines.

At the risk of falling into fogeyisms, the evidence does seem to suggest that younger artists are dissuaded by the demands of the job: it’s great fun, but can also be hard graft – and it can take many, many rejections before you even sell your first gag. When I started, I was working long hours in a ‘proper’ job – then spending late nights at the drawing board to meet self-imposed deadlines for work that would never be published. But without doing that, I would never have broken through.

At the same time, every cartoonist is fighting for their inch of white space in these magazines – do I really need some young star player rocking up and giving me a run for my money? In a word, yes.

Without new talent coming through and attracting the attention of the editors, even the most cartoon-friendly magazines might eventually run out of decent material, and give up on the gags.

And yet the audience for cartoons remains strong and enthusiastic. They are hugely popular with readers – and people are immediately intrigued when I mention what I do for a living. 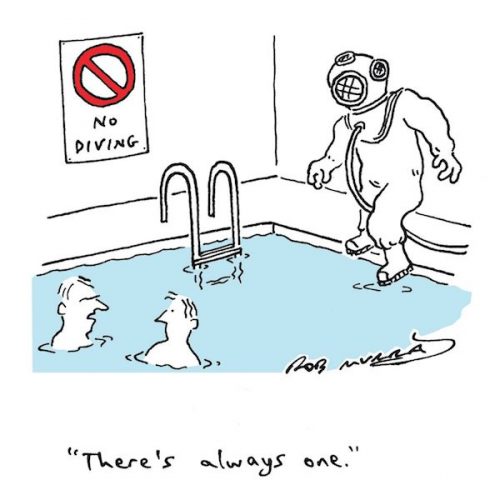 Like any artist, the cartoonist needs to adapt to the marketplace. It’s true that it can be difficult (if not impossible) to make a living by relying exclusively on the best-known publications. And even with fewer new cartoonists on the scene, competition for space remains fierce.

To some extent, I see these big-name magazines as my shop window – the place I can show off some of my best work, and reach a big audience. I then try and use those credentials to find well-paying jobs elsewhere – often by tempting the editor of a more obscure or niche title to add my work to their pages, when they’ve previously never even thought of using cartoons.

Instead of assuming the art form will become extinct on the printed page, we should all be finding ways to create our own markets and ensure that cartoons are here to stay.

PrevPreviousWhy does no one want to be a cartoonist any more? The lack of new blood doesn’t bode well for the industry’s future
NextOh We Did Like To Be Beside The Seaside!Next