In the ‘old normal’ this weekend would have seen cartoonists flocking like seagulls to the wonderful Herne Bay Cartoon Festival. With this year’s event c19ncelled here’s a trip down memory lane with the fabulous posters from previous years and links to the festival holiday snaps. 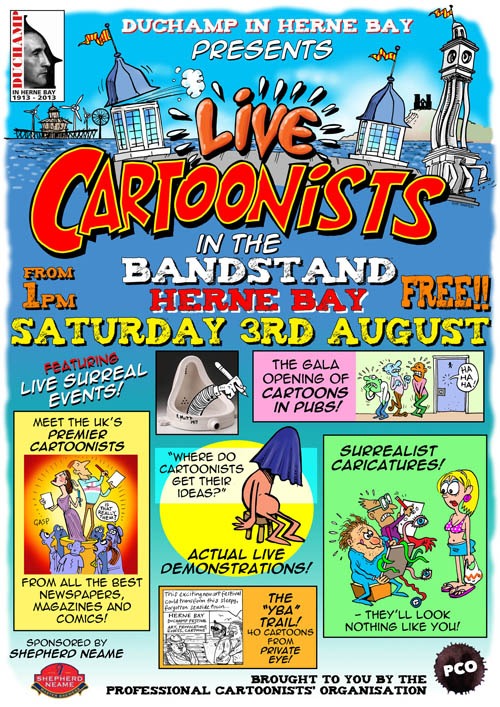 The Herne Bay event started as a bolt-on to the Duchamp In Herne Bay centennial festival and featured much Marcel Duchamp toilet humour including cartoons exhibited in the latrines of local pubs. 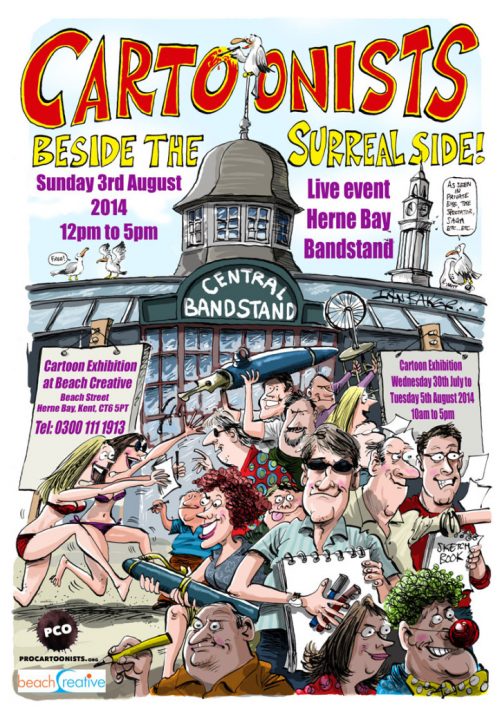 2014 ‘Cartoonists Beside The Surrealside’ by © Ian Baker

The following year in 2014 the cartoon festival became a thing of its own, but still keeping it surreal. 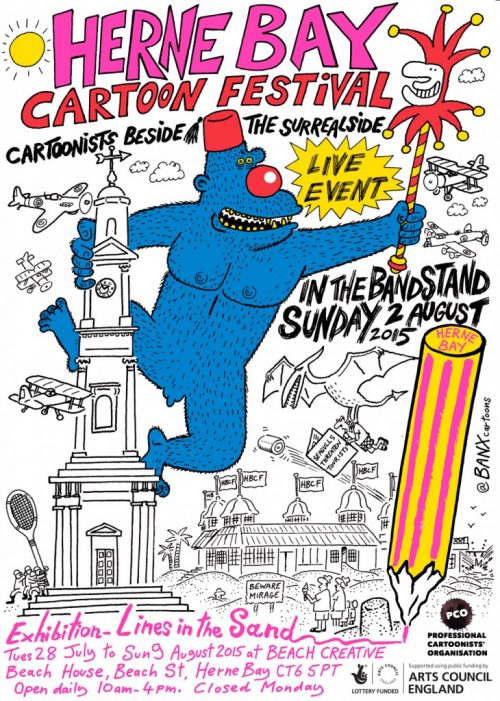 2015 ‘Cartoonists Beside The Surrealside II’ by © Jeremy ‘Banx’ Banks

The art theme carried on in 2015 with cartoonists manning easels in the bandstand. 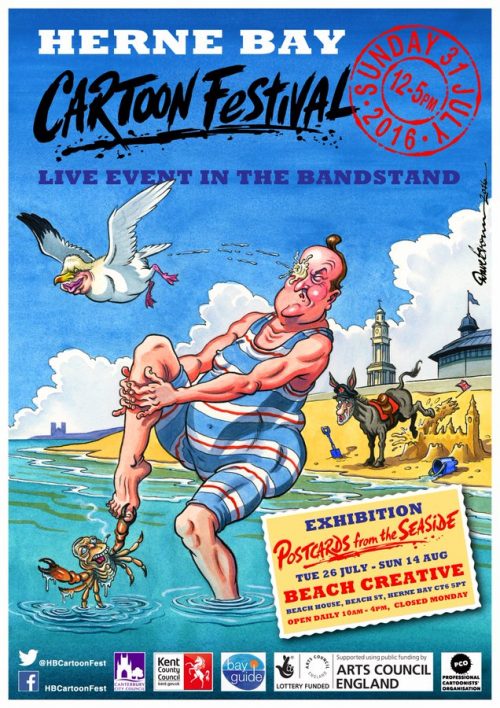 In 2016 once more we stuck our toes in the water and drew seaside postcards.. 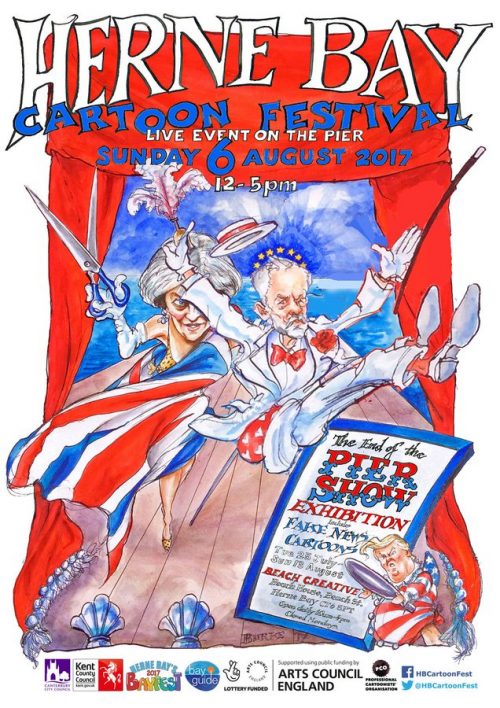 In 2017 the live drawing moved over from the bandstand to the pier. 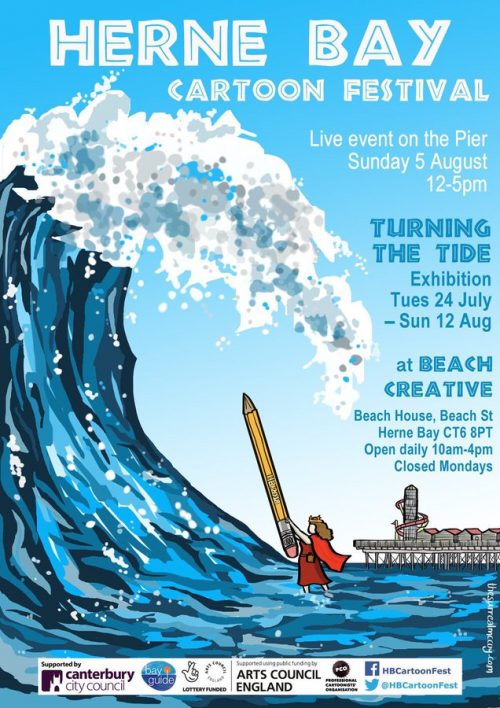 2018 had the seaside theme ‘Turning The Tide’ with an extra focus on female cartoonists in celebration of the centenary of women getting the vote in the UK. 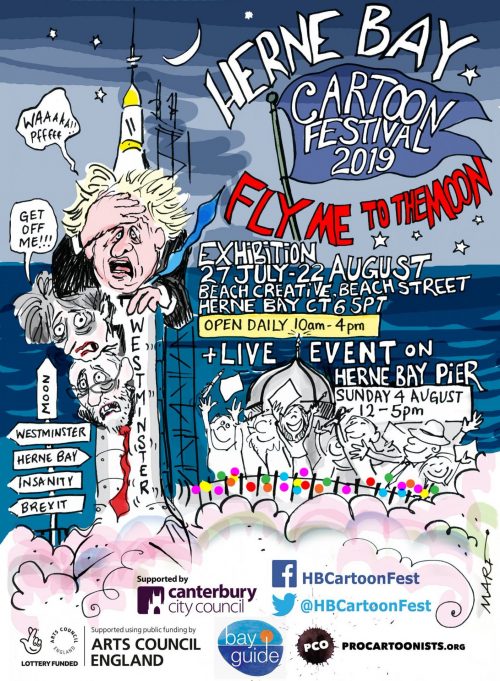 Last year’s 2019 spacey theme was the Apollo moon landings. Little did we know it would be the last time cartoonists landed on Herne Bay pier for some time.

Fingers crossed we’ll be heading back with our buckets and spades, cramming the beaches in 2021!